Because of how the situation has been handled in 2020, without allowing an alternative solution, I felt like I was stateless. My freedom of traveling was drastically restricted. So It was time to move in a slightly different way. My goal was to travel through seven states in seven days on my BMC gravel bike. From Austria to Albania.

I started in Bischofshofen with light luggage in order to be able to cycle as fast as possible.

My way led over the Großglockner to Villach, where I pitched my tent in the forest in the pouring rain.

Somehow the rain had a very calming effect on me. My mind and body became one unit again.

My inner restlessness became less even if I had a lot of time to think while so many hours on the bike. 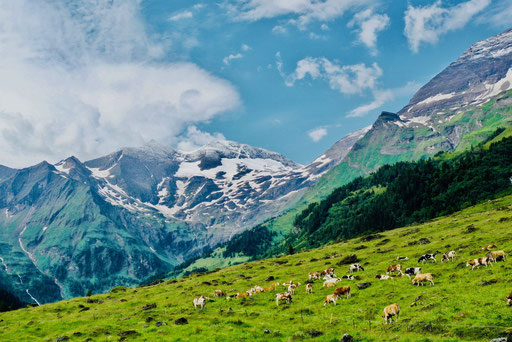 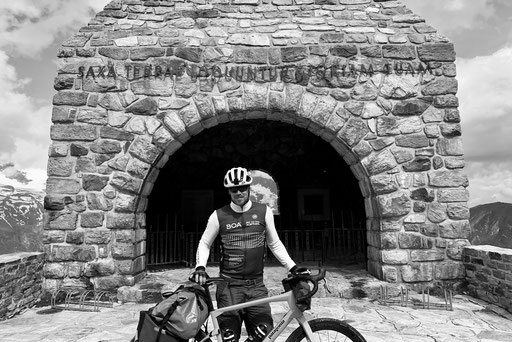 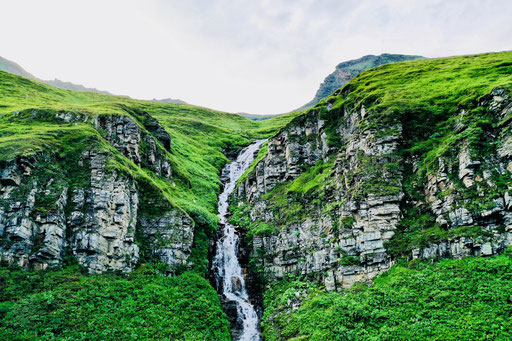 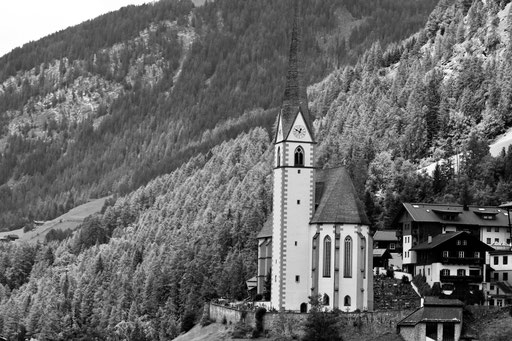 I moved towards the Wurzenpass in Slovenia. The road is not only great fun, it also has some interesting highlights. The bunker museum on Wurzenpassstraße was unfortunately closed at this early hour. The russian tank on the side of the road was also nice to look at.

After a dashing descent, it went towards Kranjska Gora into the mountains and up to the Vrsic Pass.

That was absolutely awesome. My legs burned like hell and yet I cycled up the mountains for hours with only a short rest. I was rewarded with an unbelievable view and a really good descent through the Soca valley which I seldom had before. Sweaty and smelly I took a break and washed the dirt off in the clear waters of the Soca. After further kilometers on the bike, I found a good campsite for the coming night. 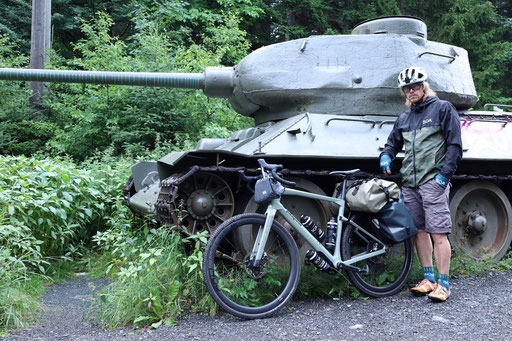 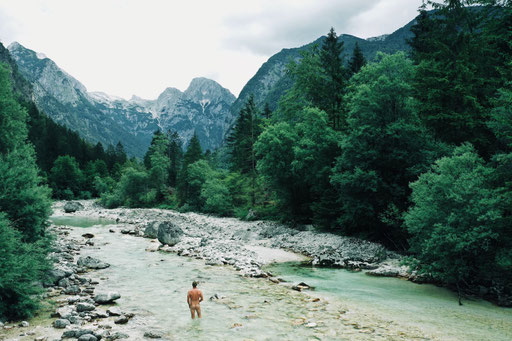 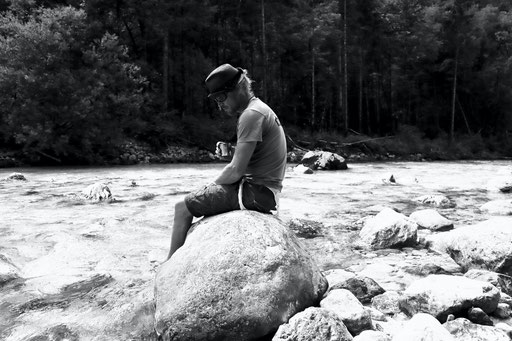 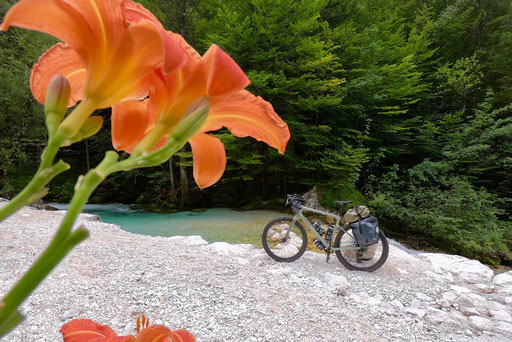 The weather was very changeable. Sun, clouds and rain took it turns. The temperatures were perfect for cycling. In the early morning I passed the border with Italy. The border crossing was quiet, only a few cars on the road. So I made good progress and made good kilometers in the saddle. That was extremely important as strong headwinds for Croatia were reported. I felt my legs from the Slovenian mountains. But knowing that the inclines would be limited now, it was perfectly OK and I had a good pace. My head was also well freaked out and so I spent another eleven hours in the saddle without long breaks. 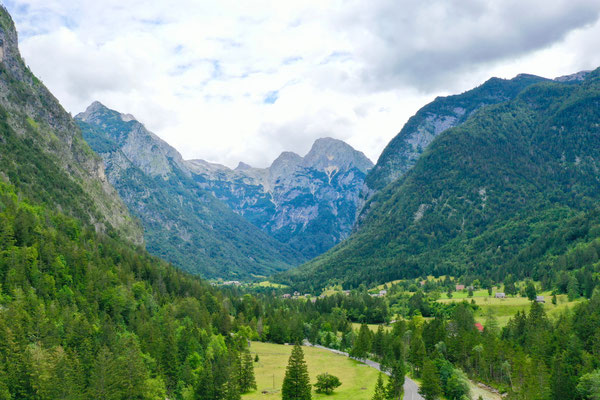 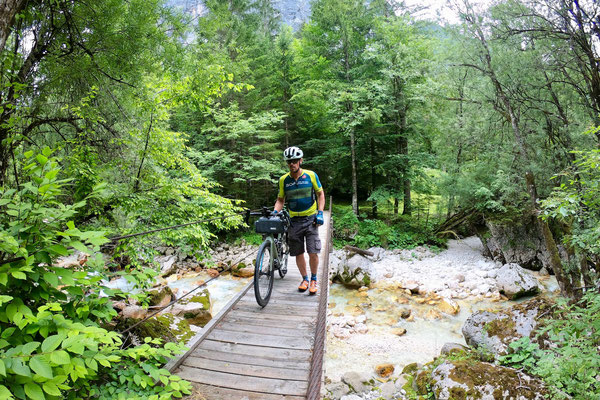 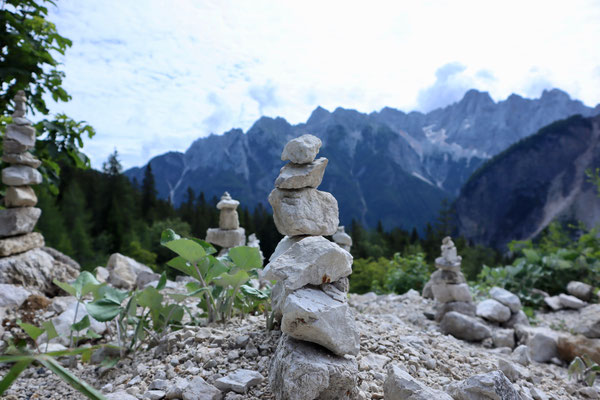 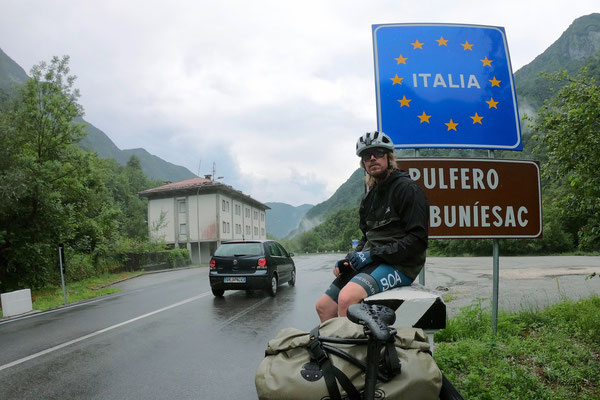 Croatia was marked by extremely strong headwinds. I changed my route where possible and tried to drive on smaller roads. My DT Swiss wheels were super fast but the higher sidewalls weren't perfect in the wind. I drove around like a drunk with every gust. As the traffic in Croatia increased it was also relatively dangerous. After 8 hours in the saddle, I doubted that I could make it through Croatia in my time. That day I was in the saddle for over twelve hours and knew that I would have a short night. I had to continue on my way around four in the morning to avoid falling behind. 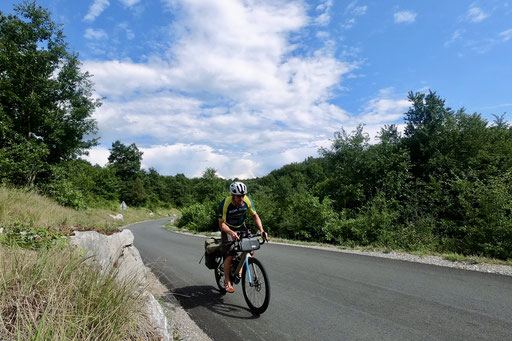 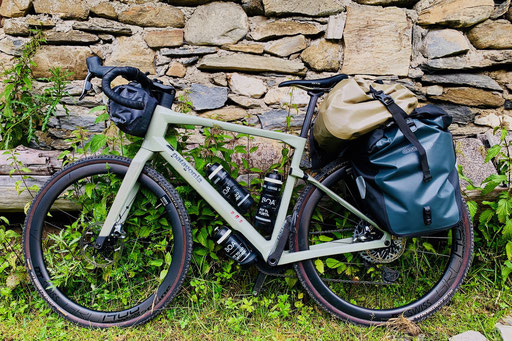 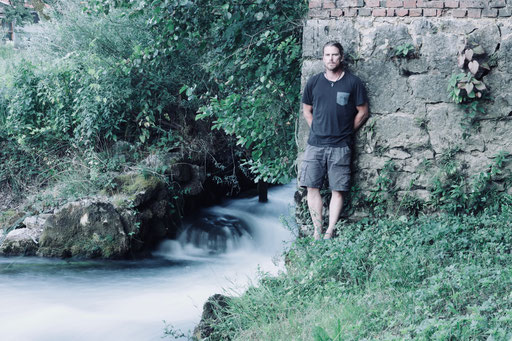 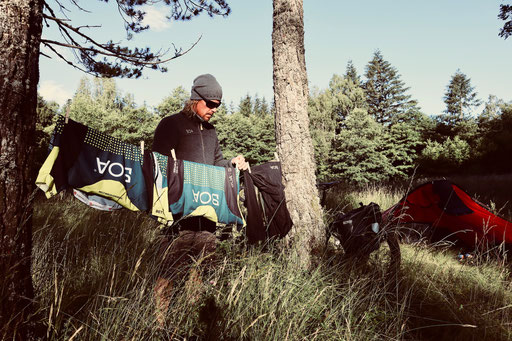 Headwind forms the character, it is said in cycling. I don't know now if anything has changed in mine but I had brutal headwinds in Croatia. I was all the more pleased when I came east and the wind steadily decreased. Sometimes it even pushed from behind and I had a great pace again. Still, I noticed my fatigue. And on that day I did three to four power naps away from the streets. Sometimes I had the feeling of falling asleep on the bike, then a smile on my face again, then doubts again, so it went the whole day. Physically and mentally up and down like April weather. One of the few things I've learned in the past few years has been my self-manipulation. Whenever it gets tough, I manage to switch it in my head and can torture myself for a few more hours. That goes up to a kind of trance or meditative state that fascinates me again and again. 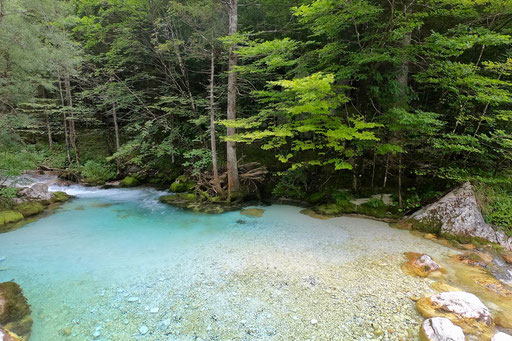 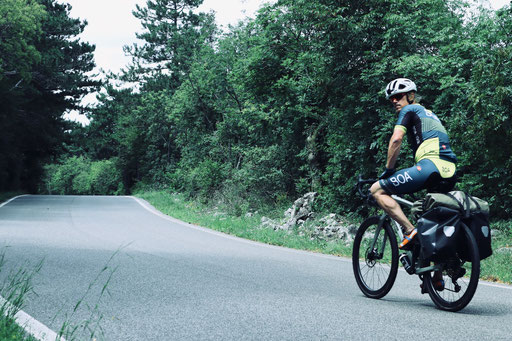 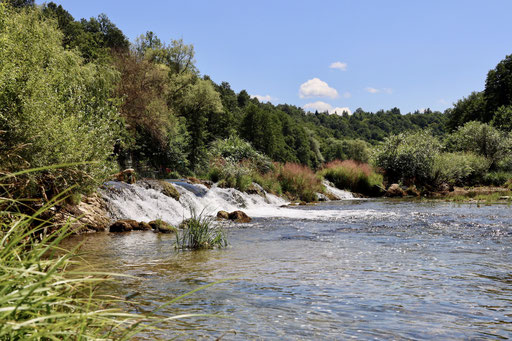 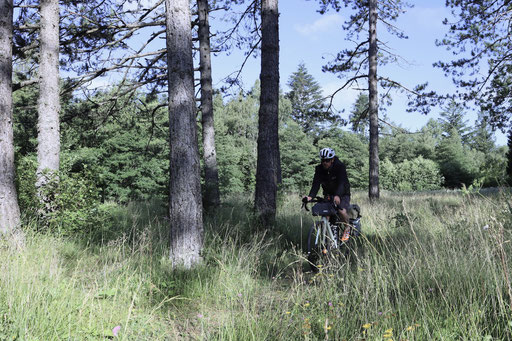 I drove fairly quick and into the dark. The streets were empty. Sometimes I cycled what felt like an hour in the middle of the street because there was simply no one here. It was strange. That night I slept like a rock. My head was blank, my brain felt like a microwave oven on industrial electricity. The next day I felt like I was hit by a truck. My year-long wonder weapon is an extremely good coffee. Without it, I can hardly get going at home either. Around noon I reached the Bosnian border. The last 30 kilometers I was in a trance. The roads were perfect. As if the builder had been a cyclist. They blended in perfectly with the hilly landscape and you could really surf them by bike. In just under an hour and a half, a car came towards me. Strange and somehow I had a bad feeling. At the Bosnian border this feeling was confirmed. The border was closed. Dead silence. Nobody there. I was pushing my bike over the Croatian border into the no man's land in the direction of Bosnia when a border official suddenly jumped out at the Bosnian border crossing. Because of this strange virus I was forbidden to enter Bosnia. I was alone on the bike, full of vitamin D and was not allowed to continue. There is no answer to that. When I wanted to continue anyway, the officer cursed me in Bosnian, I insulted him in Bulgarian (can't speak Bosnian) and then it was just a matter of shaking my head and I turned around before he pulled his gun. 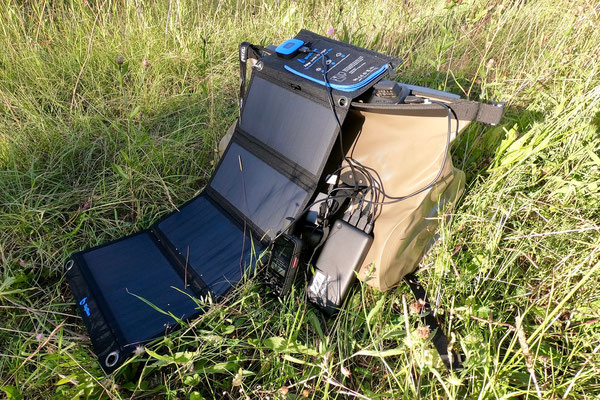 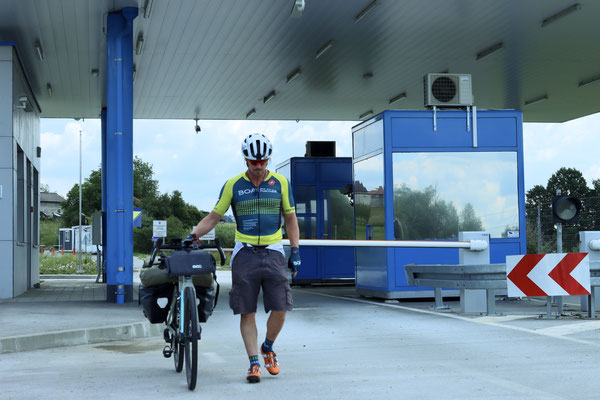 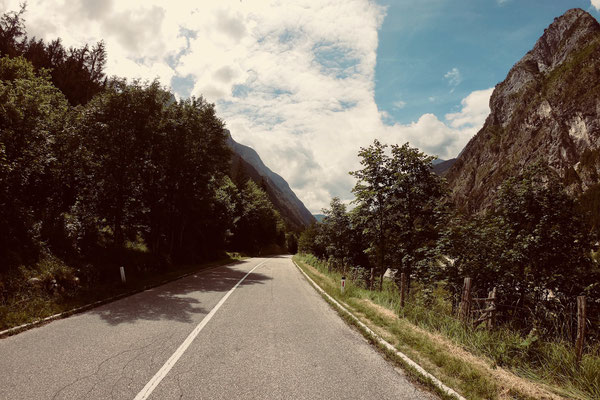 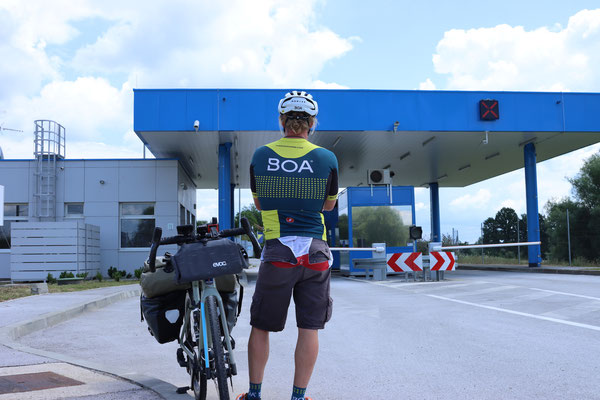 With all the "health" issues in 2020, I missed the ethical and moral aspect from the beginning.

No discourse on the consequences of acting without alternatives. At least I was able to gain some distance on my short tour and decide for myself how I will handle this situation in the future. Even if it ended up being only five countries, it was enough to know what to do in the coming months...